Share a memory
Obituary & Services
Tribute Wall
Read more about the life story of Donavon and share your memory.

Don was born on July 14, 1935 to Ernest H. and Charlotte M. (Buescher) Pohlmeier in Nuckolls County.  He attended Sacred Heart School and Lawrence High School graduating in 1953.  He then attended the University of Nebraska.  Don was drafted into the Army on February 18, 1958 and served until February 17, 1960.  After serving his country he joined his father in farming and raising turkey’s.  On September 11, 1965 he was united in marriage to Delores Svoboda at St. Cecelia Catholic Church, Hastings, Nebraska.  They were married for 57 years.  To this union four children were raised on the family farm;  Kevin, Darrell, Gary, and Marie.  Don and Delores lived on the farm until 2020 when they moved to Hastings.

Don was taught to farm at an early age and raised turkey’s until he retired.  After retirement he did some truck driving around the area.  He had been Chairman of the Lawrence School Board, member of the Nuckolls County Board of Commissioners, Mid Nebraska Individual Services, Nebraska Turkey Growers, Nebraska Poultry Industries of which he was named the Person of the year in 1991 and Inducted into the hall of fame in 1996.  He was an honorary member of the Knights of Columbus for 61 years, Elks Club, past trustee and lector of Sacred Heart Catholic Church and was a member of Kent Kailey American Legion Post #45.  Don was a loving husband, father and grandfather.  He loved seeing his family in all activities.  Don and Delores were great Husker fans and attended many football games.  They enjoyed going on many trips together.  He was a great story teller and the family enjoyed every new and old story.

To send flowers to the family or plant a tree in memory of Donavon Joseph Pohlmeier, please visit our floral store. 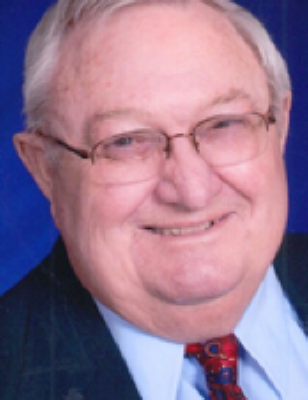