Share a memory
Obituary & Services
Tribute Wall
Read more about the life story of Joan and share your memory.

Former Lawrence and Omaha Neb. resident, Joan M. Hoelting, 84, died Saturday, August 27, 2022, at The Heritage at College View assisted living in Hastings, NE.  Rosary will be Friday, September 2, 2022, 9:30 a.m. and Mass will be Friday, September 2, 2022, 10:00 a.m. both at Sacred Heart Catholic Church, Lawrence, Nebraska with Father Jamie Hottovy officiating.  Burial will be in Sacred Heart Catholic Cemetery, Lawrence, Nebraska.  Visitation will be Thursday, September 1, 2022 from 3:00-7:00 p.m. at the Lawrence Visitation Chapel, Lawrence, Nebraska.  A memorial has been established to be designated at a later date.  Private condolences may be sent to the family at www.mertenbutlermortuary.com.  Merten-Butler Mortuary, Blue Hill, Nebraska is in charge of arrangements.

Joan was born on October 14, 1937. Her parents were Julius & Rose (Drudik) Mazour. She attended Sacred Heart Catholic Grade School and graduated from Lawrence High School, Lawrence, Nebraska, in 1955. She married Lyle J. Hoelting at Sacred Heart Catholic Church on August 25, 1955.  She and her husband Lyle owned and operated the Lawrence Grain Elevator business for 38 years before retiring to Omaha, Nebraska, where they enjoyed substituting in the food services for St. Wenceslaus Catholic School, attending grandchildren’s events, Husker football and volleyball games.  Joan and Lyle were lifelong, passionate Husker fans, who were proud of their Nebraska heritage. Their collective enthusiasm was infectious. Joan and Lyle shared their Husker tickets with their community, when possible, and the lucky recipients often became avid Husker fans for years to follow.  Joan’s outreach could be felt in all corners of her life. She and her husband hosted social gatherings for family and friends with food that folks would crave and think about until the next event rolled around.

She also took great delight in bringing treats to her grandchildren, whom she cherished dearly, and instilled a love for music, especially Elvis Presley, and she loved to dance to waltzes and polkas with her husband.  Her laughter was infectious and she will be dearly missed by her family and friends.

To send flowers to the family or plant a tree in memory of Joan Marsha (Mazour) Hoelting, please visit our floral store. 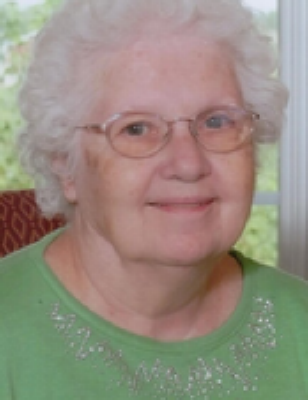